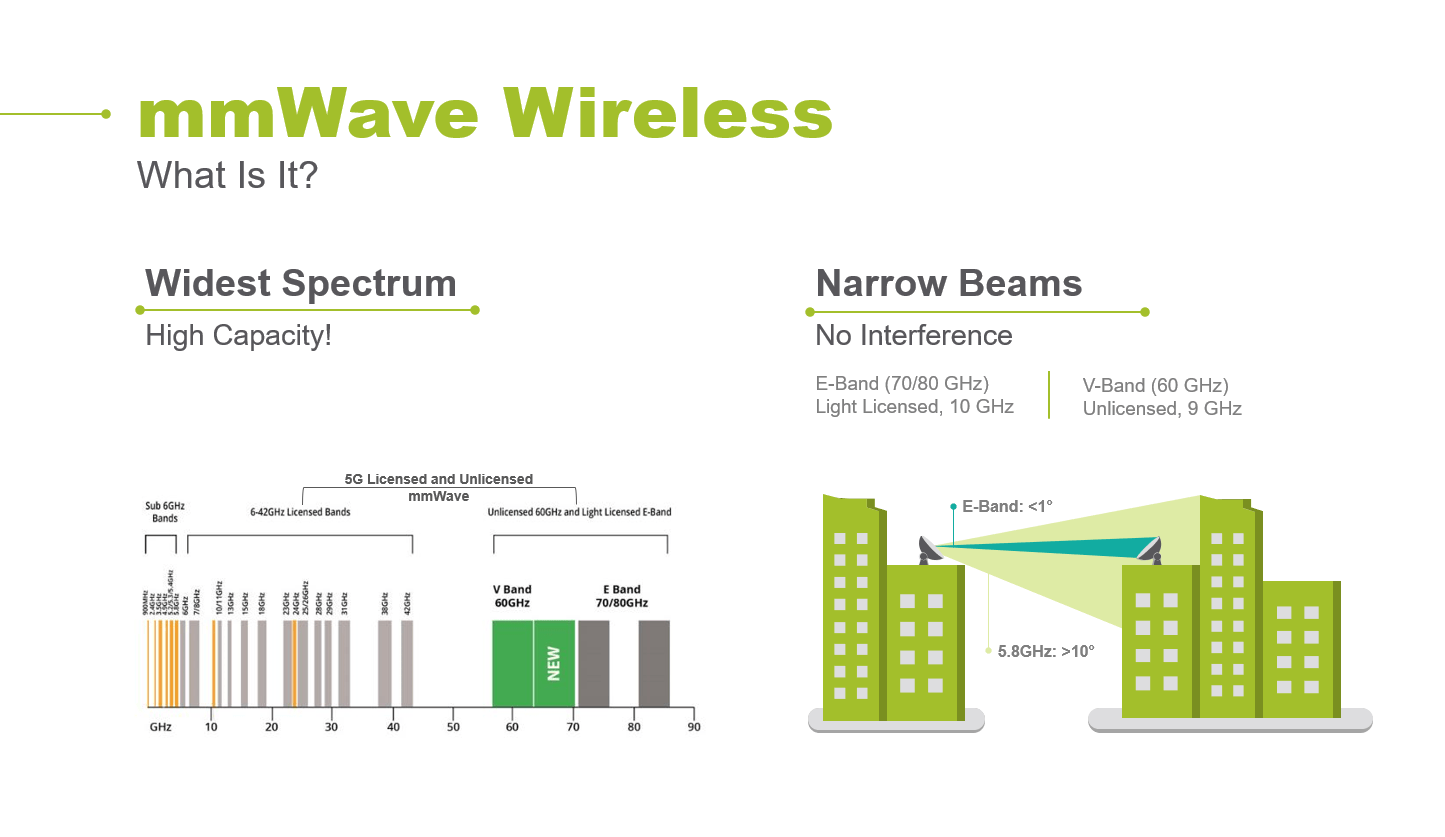 The mmWave wireless technology enables ultra-broadband connectivity of up to 10 Gbps throughput at distances up to 7 kilometres to replace saturated, legacy 5 GHz in metropolitan Melbourne.

C-COR was chosen to provide the technology being the Australian accredited distributor and competence centre for the Siklu multi-gigabit portfolio. The fibre-like platform was delivered faster than laying new fibre and avoiding the cost of civil works.

“We see with the saturation of 5 GHz frequency spectrum and the relocation of the backhaul operators and wireless internet service providers from the 3.6 GHz spectrum from later in 2018, that it’s now the right time for infrastructure operators to pursue investments in ultra-fast platforms to deliver better services” John Goddard, CEO,
C-COR.

Complementing this first new customer deployment, game changing amendments to Class Licence regulations were announced by the ACMA. Outdoor Point-to-Multipoint connectivity is now allowed in V-Band across Australia. This spectrum is license free under the Class licensing arrangements.

In June, the ACMA released the Radiocommunications (Low Interference Potential Devices) Class Licence Variation 2018 (No. 1). The effect of the updated instrument is that mmWave products using 57-66 GHz (V-band) frequency are now permitted across Australia.

The mmWave multi-gigabit portfolio enjoys massive popularity in the North America with dominant market share based on the breadth of the PtP and PtMP connectivity portfolio:

During the handover, the end customer’s business applications continued to work without interruption during this transition event.